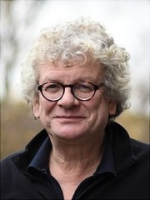 Position: Professor and Head of the Nanochemistry Group, Institute of Physical Chemistry, University of Hamburg, Germany

Specialization: Colloid-chemical preparation of a large variety of semiconductor, metal and magnetic nanoparticles and their characterization

Education & Career Accomplishments:
Horst Weller (*1954) is an outstanding German chemist. He started his scientific career in Göttingen, where he studied Chemistry. Afterwards he performed his Ph.D. study at the Max Planck Institute for Biophysical Chemistry in Göttingen where he investigated photo induced chemical reactions. Then he moved to the Hahn-Meitner-Institute in Berlin, where he started a new field of science. It was the most important point in his career to join the group of Arnim Henglein (†2012), one of the most impressive Physical Chemists of the late 20th century. H. Weller was not only interested in the fundamental chemical and physical aspects of nanoparticles, but was always trying to use them in practical application like photo catalysis or in devices such as solar cells.

He got several offers for professorships and eventually moved to Hamburg where he is a Professor for Physical Chemistry since 1994. Since then he made a tremendous impact on the development of the chemical nanotechnology worldwide. And in parallel he was a co-founder different companies (e.g. Center for Applied Nanotechnology GmbH or NanoSolutions GmbH) to push the R&D achievements towards nano-technology applications. Since it was certainly Horst Weller achievement that nanoscience has become the most prominent research topic in Hamburg, it has to be pointed out that this is not only due to his scientific impact.

Since 2005 Horst Weller has been a full member of the Academy of Sciences in Hamburg.

Research Activities:
Dr. Weller is a leader of the Nanochemistry research group at the Institute of Physical Chemistry, University of Hamburg.  The group has been working for 25 years on the colloid-chemical preparation of a large variety of semiconductor, metal and magnetic nanoparticles and is one of the pioneering groups in the field of chemical nanosciences. The highly interdisciplinary research activities are focused on the development of preparation techniques for samples of monodisperse particles with diameters in the 2 - 20 nm region and their characterization as well as on the investigation of their size-dependent optical, electronic, magnetic, catalytic and structural properties.

The scientific topics include basic investigations on the nucleation and growth of nanoparticles, the 2D and 3D self-assembly of the crystallites various aspects of nanoelectronics and nano-biotechnology as well as application of nanoparticles in LEDs, solar cells and for bio-labeling.

Publication Activity & Awards
H. Weller has published above 450 papers which received more than 40,000 citations. His Hirsch factor is 100. By his citation impact he belongs to the world’s top 100 chemists.

For his achievements in different fields of nanoscience he was honored with several awards and prices. In 1991 he received the Nernst-Haber-Bodenstein Prize of the German Bunsen Society for Physical Chemistry, in 2012 the Julius Springer Prize.