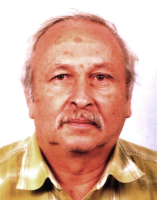 M. Solar graduated at the Faculty of Mathematics and Physics of the Charles University in Prague, Czech Republic, EU (1970), Ph.D. (CSc.) at the same University in 1988. His investigation was concerned on the technology of the microwave semiconductor devices and mainly on the preparation of thin insulating layers (SiO2, Si3N4, …). He worked many years as a member of the Czech society of thin film physics. His work in the Research Institute for Telecommunications he terminated as a director of the Division of Microwave Devices. From the year 2000 he works at the Czech Technical University in Prague. In the field of nanotechnology he stayed at the foundation of the Czech Nanostandardisation. He works roughly 10 years as a Czech delegate in the European technical committee for standardisation CEN/TC352 - Nanotechnology. He initiated formation of the national technical committee for standardization in nanotechnology TNK 144. From the January 2011 he is a chairman of this committee. In the cooperation with other experts from EU he prepared “Roadmap for standardisation in Nanotechnology in Europe” under the project NANOSTRAND (FP6).