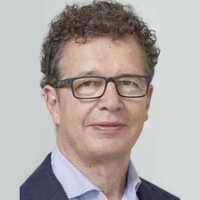 At the NANOCON´21 Prof. Dr. Detlef Bahnemann will deliver an invited lecture at the Session B Industrial and Environmental Applications of Nanomaterials.

Education and Career Accomplishments:
Detlef Bahnemann (*1953 in Berlin) has been educated as a Chemist at the Technical University Berlin (1972-1977), where he received also his Ph.D. in Chemistry (1981).  He studied Biochemistry at the Brunel University, Uxbridge, UK (1976/1977). A he was habilitated in the field of Technical Chemistry at the Leibniz University of Hannover in 2012. Since 2014 he is Professor in the Faculty of Natural Sciences at this university.

D. Bahnemann is Visiting Research Professor in the School of Chemistry and Chemical Engineering at Queens University Belfast (United Kingdom), DeTao Master of Photocatalysis, Nanomaterials and Energy Applications, and holds a Guest Professorship at the Tianjin University in Tianjin (China) as well as several other visiting professorships in China, Malaysia, Saudi Arabia and Great Britain.

After his graduation he worked as a research scientist at the Hahn-Meitner-Institute Berlin focusing on radiation chemistry and free radical chemistry (1977-1981). In the period 1981-1988 he worked at this institute as a senior scientist with Prof. A. Henglein initiating research in photocatalysis employing nano-scale metal and semiconductor particles. From 1988 he was in charge of the Photocatalysis Research Group at the Institute for Solar Energy Research in Hannover/Germany. And since May 2002 he is head of Photocatalysis and Nanotechnology Research Unit at the Institute of Technical Chemistry at the Leibniz University of Hannover.

Since 2014 he is also Director of Laboratory “Photoactive Nanocomposite Materials at St. Petersburg State University (Russia).

Summary of publication activity and awards:
D. Bahnemann is author of more than 500 publications in refereed journals and in books (59 800 citations). His current Hirsch-factor: 96.

He presented more than 400 lectures at scientific meetings, in various universities, research institutes and at industrial research and development centres. He is editor of 5 Scientific Books.